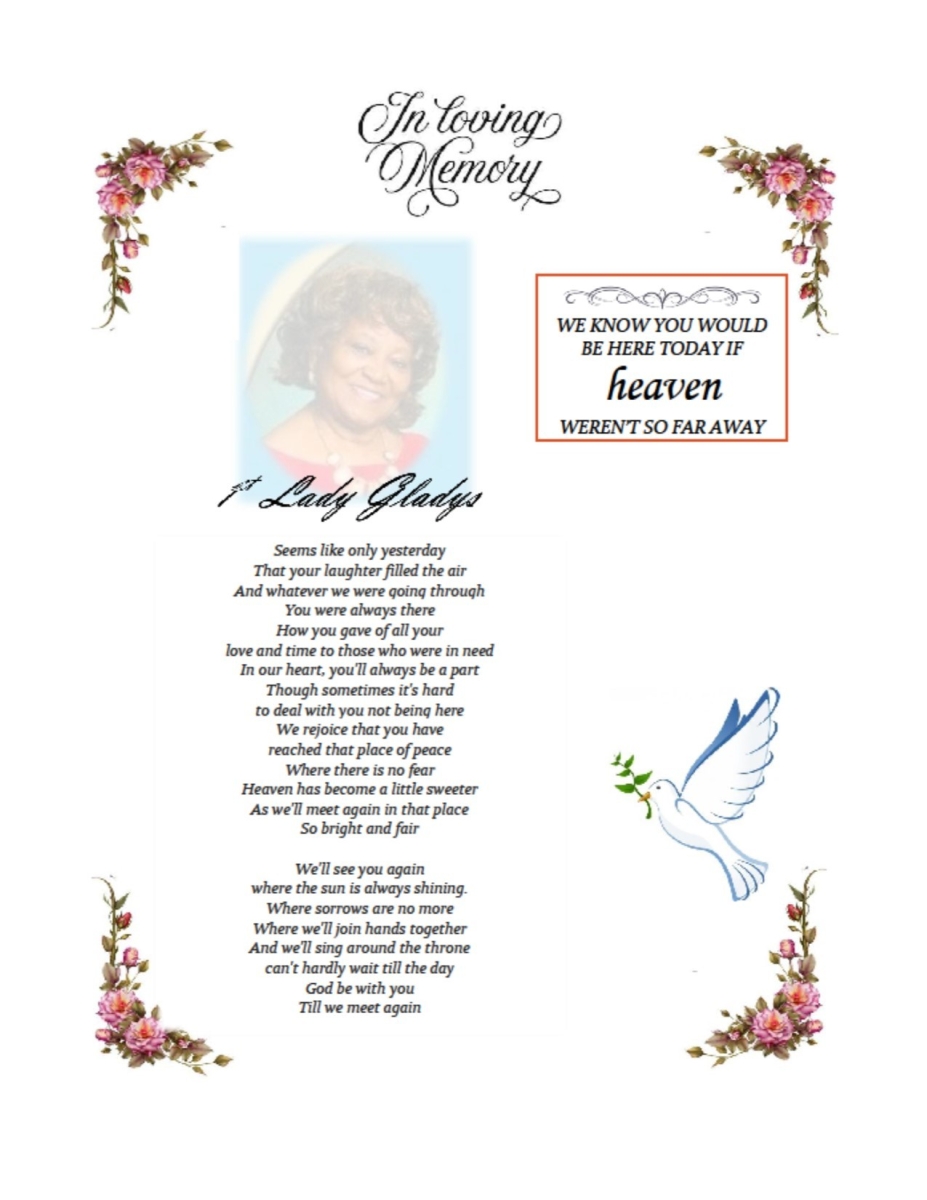 First Lady Gladys was a devoted and dedicated wife. Her life was centered on God, her husband of over forty-four (44) years, her home, her grand children and her church. First Lady Gladys, truly loved the Lord.  Her calling was, “To Serve This Present Age; and To Fulfill the Master’s Will.”  Gladys always had a smile and kind words for everyone regardless of who you were.

Her favorite scripture, Philippians 4:13 – “I can do all things through Christ which strengtheneth me.” One of her favorite saying, “To God Be The Glory!”

On August 26, 1952 in Heard County GA Gladys (Strong) Tolbert was born to the late Hubert & Irene Strong.  After an extended illness in the early morning on August 7, 2018 God sent his angels quietly to bring his child home because her season was over.

Gladys attended Heard County School Systems and upon graduating Gladys attended Atlanta College of Medical & Dental Associates.  She began working at Blue Cross/Blue Shield in 1973 where she worked until her retirement in August 2007.

She joined the State line Baptist Church at an early age where she served diligently. Later in 1999 she and her husband founded Victory Christian Ministry where she served faithfully until her health declined.   Gladys was a woman of faith, always gave words of encouragement and spiritual guidance to everyone she met.

Gladys united in marriage to Walter G. Tolbert Sr on April 14, 1974 at Union Missionary Baptist Church, Lithonia, GA.   To this union two children were born.  She is preceded in death by her mother - Irene Strong, father - Hubert Strong and her eldest brother Reuben Howard Strong.

Victory has lost an Angel and she will definitely be missed.

WE LOVE YOU FIRST LADY! 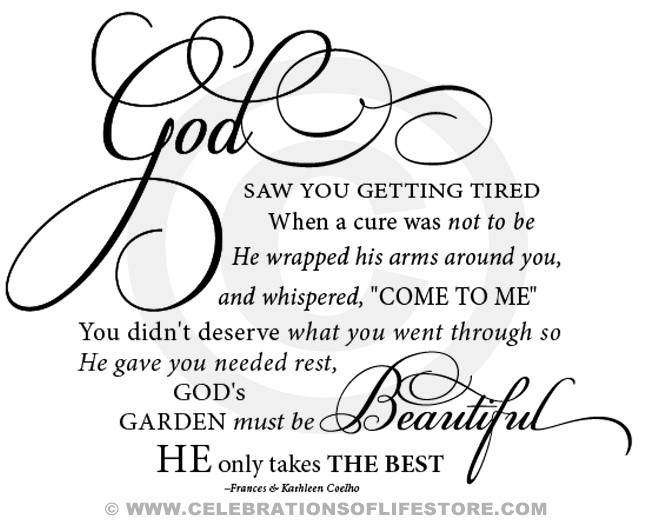